On August 31 of this year my friend and colleague Vicente Fito from Playa diving center published on Facebook that the Cocom cenote was already open to the public, this system is located north of Playa del Carmen, the entrance is almost in front of the Tres Rios hotel.

This cave system was explored by him and named after the last name of the owners.

Seeing what Vicente had published, I contacted him to find out more details, in the conversation he told me that the easiest thing was to organize a day or two in the afternoon trips to the cenote with groups of local cave guides (friends and colleagues) so as not to having to repeat the details over and over to each one separately.

Once Vicente set the dates and posted the details of the meeting on Facebook, the only thing that followed was to wait for the date, Vicente proposed September 3 and 4 2019 at 5:30 p.m. in the parking of Home Depot as a meeting point.

I signed up on September 3-2019, I let Alberto Salvini and Pablo Bayardo know about the appointment and they joined the group.

It took about 35 min. to get to the place from Playa, when entering the property first meets the house of the owners of the cenote and at the end of the road is the cenote.

It is a large collapse but more than 70% is mangrove, unfortunately the owner clean and remove all the mangrove so there is only one muddy surface.

The entrance to this cenote can become a bit technical due to the conditions, there is a solid staircase to go down with large steps, there is a platform that is a pallet on which you can lean but are not fixed so they move every time you step on.

Finally, it took me 15 days to be able to visit this new cave, at this time I asked my friend Berny (Bernadette Carrión) if she wanted to go diving and meet a new cenote, she said yes!

During the explanation that Vicente had given us and details of the diving, he commented that there were very large rooms with lots of formations & decorations and white walls, as well as mentioning the blackness of the cave in the line that goes down stream.

On September 19-2019 Berny and I found ourselves at the entrance of the Advance Diver Mexico facilities at 8 am to go diving to Cenote Cocom.

The road to the cave was very pleasant we spent talking about many things and nothing, we have not seen each other for a long time, so we took advantage of it to catch up.

Upon arriving at the property, the first thing was to find the owners to pay the entrance, having no response, we made the decision to gear up ourselves and pay the entrance at the end when the owner had returned.

As I mentioned before the entrance to this cenote can get complicated, without more preamps Berny I lower the camera flashes and all tanks in total 6 tanks (3 per person) since we usually do extensive dives.

Once the dive plan was made according to Vicente's map, our generals, limitations, pressure, equipment and sequence checks, we decide to go downstream and take the first T right and second T left, set out!!! Let´s do the dive.

Berny was the leader and the one in charge of the navigation & lighting with the flashes... And I the camera.

About 3 minutes after entering the visibility improves and you can begin to appreciate the shape of the cave, as one advances also begins to appear some type of bacteria on the sediment and hydrogen sulfide, the yellow and the green color are stunning!!!

After 15 minutes in to the cave we found the first T, so we took to the right, Berny mark our way out with a respective cookie, not much longer after we make the first Intersection we drop the stages at the minute 25, a few minutes after we reach the second T and we took to the left.

As we go further in to the cave the visibility clears up and the cave start changing of color from dark black to brown and then to white!

As Vicente says!!! ¨Big rooms¨ great for pictures!!! this cave offer a lot to see as you enter more into the system.

After the second T the cave change completely, you get the chance to start to see rock formations (lots of stalactites and stalagmites) and white wall, just amazing!!!

The cave constantly changes, you go from dark black to white, back and forward, the maxima depth is 19m and the average depth is 12m, visibility is great, very low current, lot of percolation due to the cave is new.

After 60 minutes i call the attention of Berny and i signal her to turn around, i reach the pressure on my tanks, I was so excited that I moved from side to side taking pictures, that helped my air consumption be high.

On the way back first we need to reach the 2nd T left and then reach our stage tank to clipped back and move forward on the line to the first T left until we reach the exit.

In summary, the cave is new so there is a lot of percolation, it is deep in some parts, it is best to carry a mixture of nitrox 32%, it is complex due to the amount of intersections, you can run for at least 3 different dives, upstream and downstream, the cave changes in several occasions of colors so it makes it very interesting, the entrance fees with respect to other cenotes is very cheap only $150 pesos per person.

All the photos in this publication are free to download, if you are interested in using them there is no problem just ask permission to use them, thanks!!!

Regarding cave courses or photography courses in cenotes, do not hesitate to contact me by e-mail marciabuzo54@gmail.com or on my website: www.advanceddivermexico.com

You want to be a cave diver? 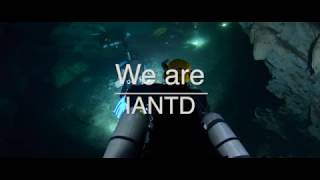